One-day escapes from Warsaw: where to get away and explore the surrounding areas

Where to go for a day trip from Warsaw

Looking to escape the noise and chaos of the city? Here are a few ways to escape Warsaw on a day trip and see sides of the region many visitors miss.

Open-air Museum of the Mazovian Countryside in Sierpc, 120 km from Warsaw

A visit to the Museum is a unique journey into the past – we are moving to the Polish countryside from the turn of the 19th century and the 20th century. The open-air ethnographic Museum includes village houses, two manors, an inn, an 18th-century church, a craft workshop, a carriage house and a gallery of folk sculpture. 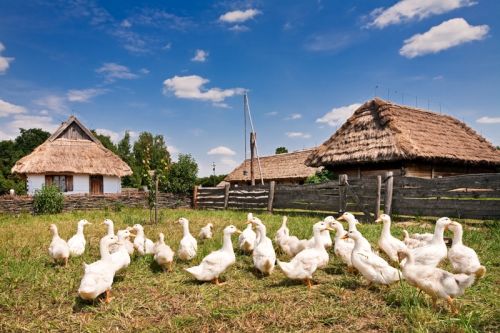 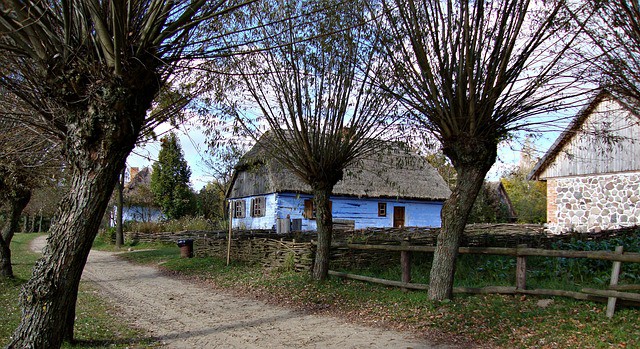 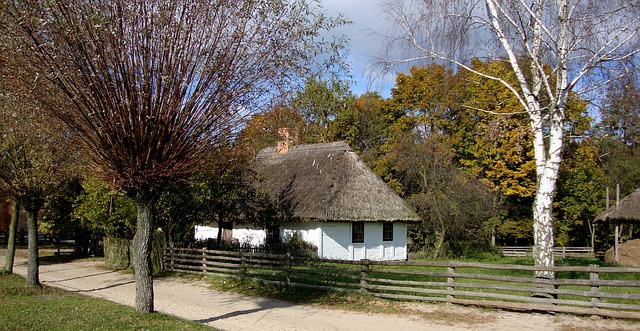 Zegrze Reservoir/Zegrze Lake (called in Polish Jezioro Zegrzyńskie or Zalew Zegrzyński), a man-made lake developed in 1963, located 30 km north of Warsaw, is a very popular place among Warsaw residents for summer getaways. The most convenient way to get there is by car (Zegrze on Google map).
It’s also a popular place for sailing – every summer, around 1500 yachts and sailboats find their place in the marinas on the shores of the Zegrze Lake.Public guarded beaches in the Zegrze area:
Boat cruise on the Zegrze Lake (Jezioro  Zegrzyńskie in Serock, 40 km from Warsaw)
“Albatros” boat leaves from the pier in Serock (location on Google map) for 45-minute recreational cruises on Zegrze Lake. 3 times a day on Saturdays, Sundays, and holidays (11 am, 12 pm, 1 pm). Tickets can only be bought from the boat’s captain before the trip (cash only). 15 PLN adults, 10 PLN seniors and children up to 18. More in Polish. 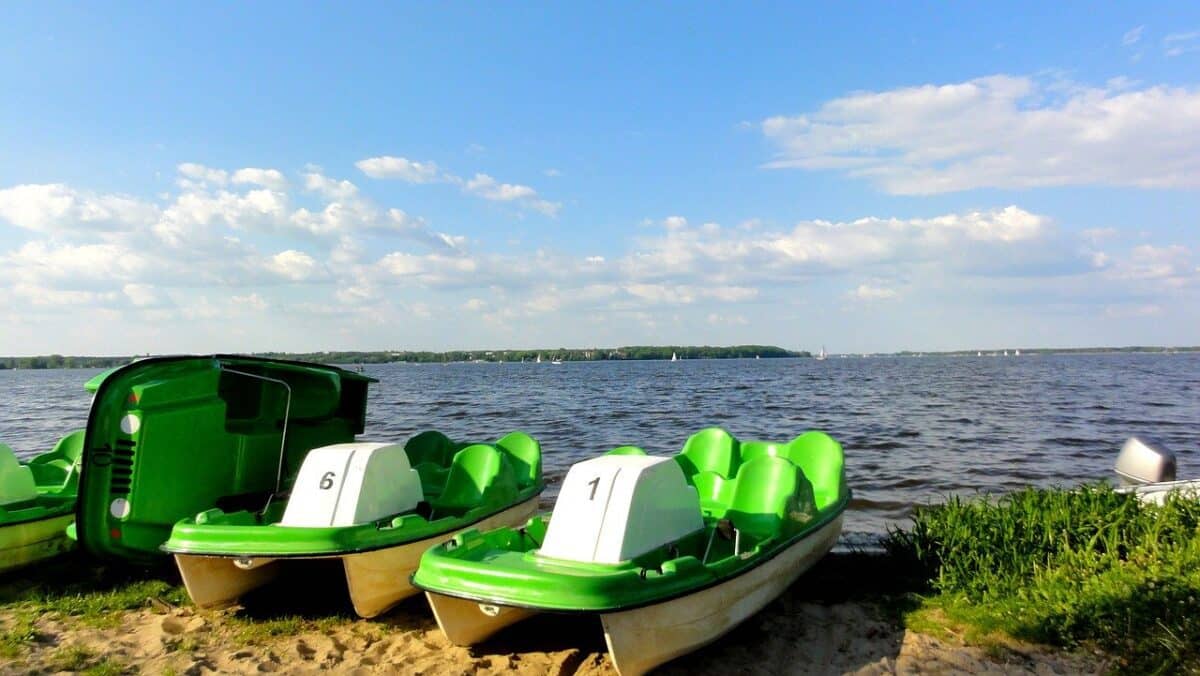 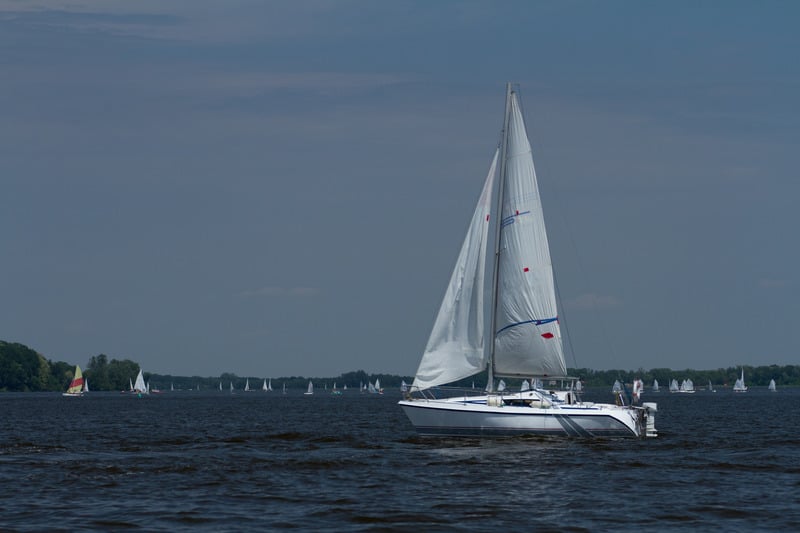 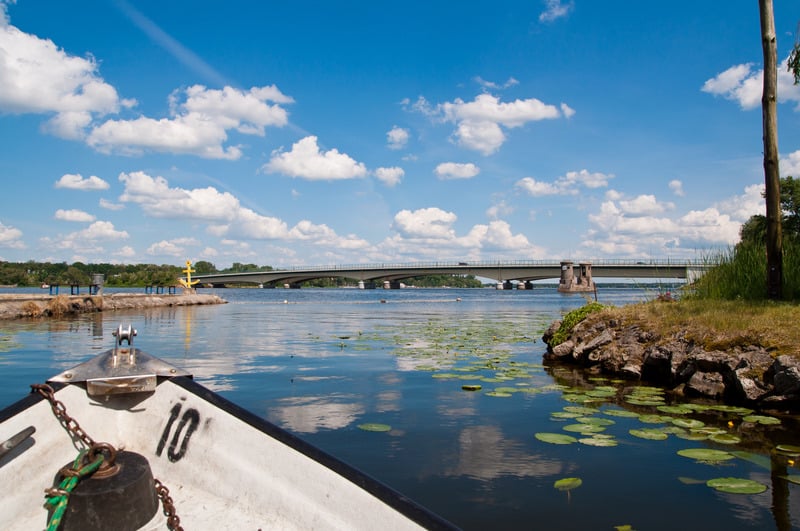 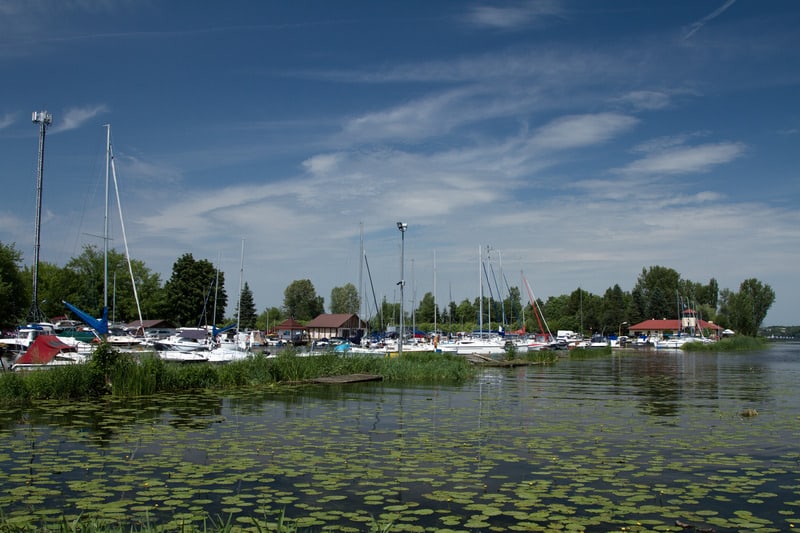 The medieval, Gothic castle in Czersk was built at the turn of the 14th and 15th centuries. Although it has been heavily damaged over the centuries, its gothic towers and walls still attract those who love history. There is another reason why it is worth visiting Czersk – great views of the Vistula river valley, space, and relaxing silence. Especially during spring and summertime when it is green all around.
Czersk (40 km south of Warsaw), a charming village surrounded by orchards on the high Vistula embankment, was once the capital of Mazovia and the seat of the Mazovian dukes.

Do not expect to visit the castle chambers and museum exhibits in Czersk. What you will find there are 3 towers you can climb and castle walls. However, it’s worth visiting – thanks to the combination of atmosphere of a medieval castle and breathtaking views of the green surroundings. 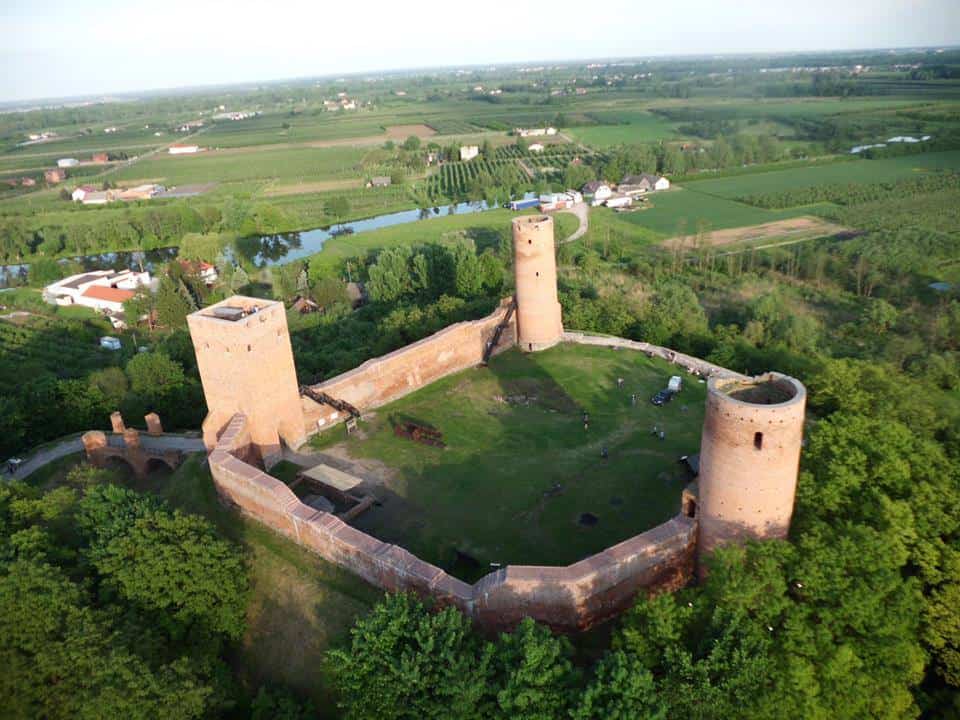 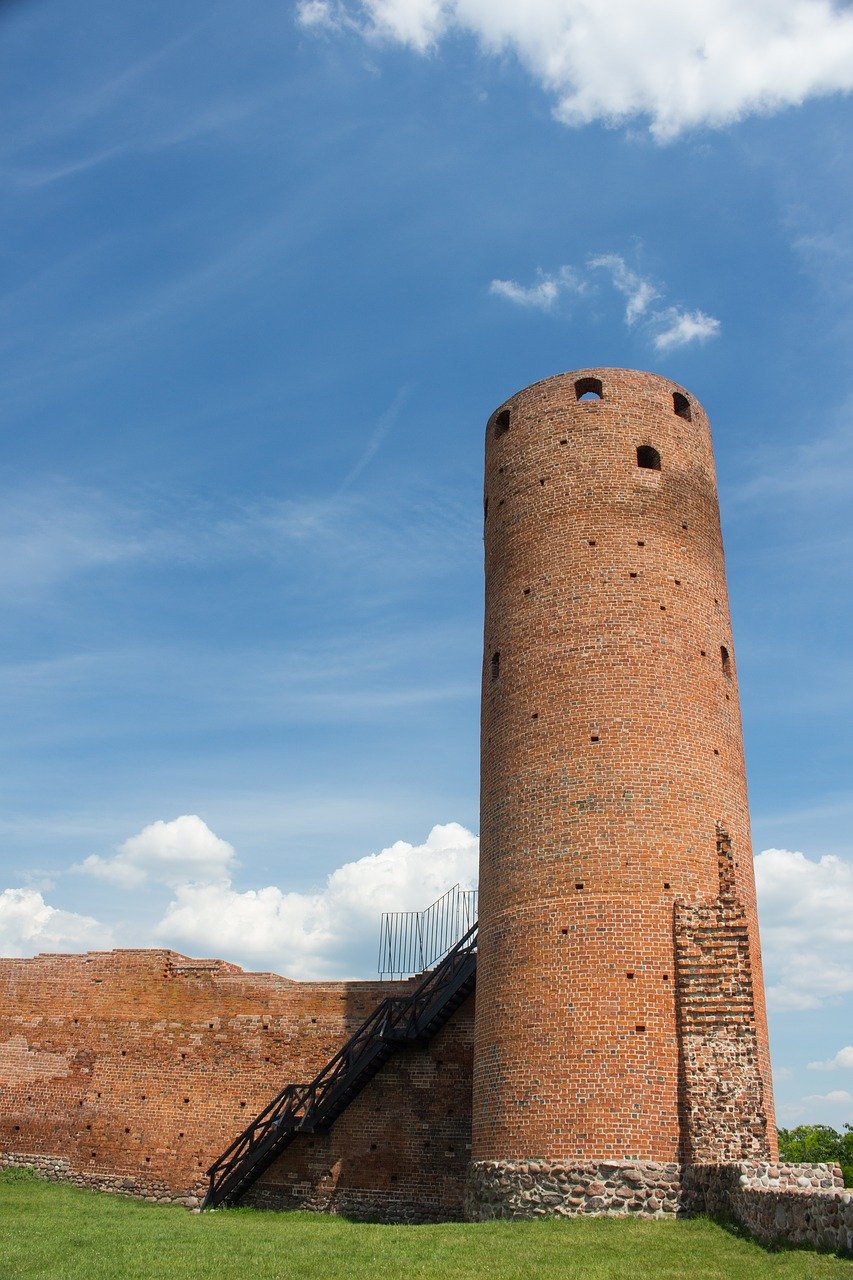 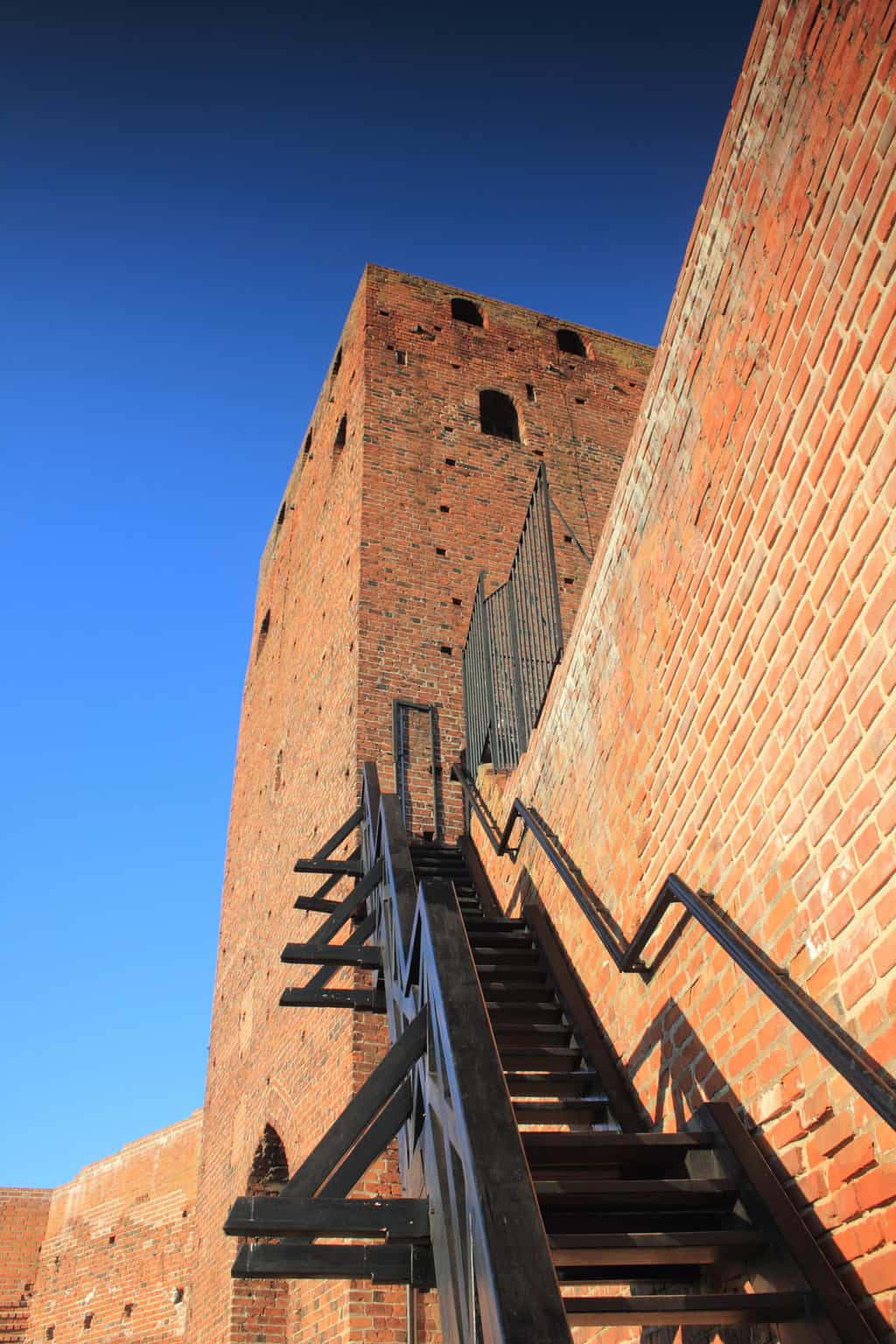 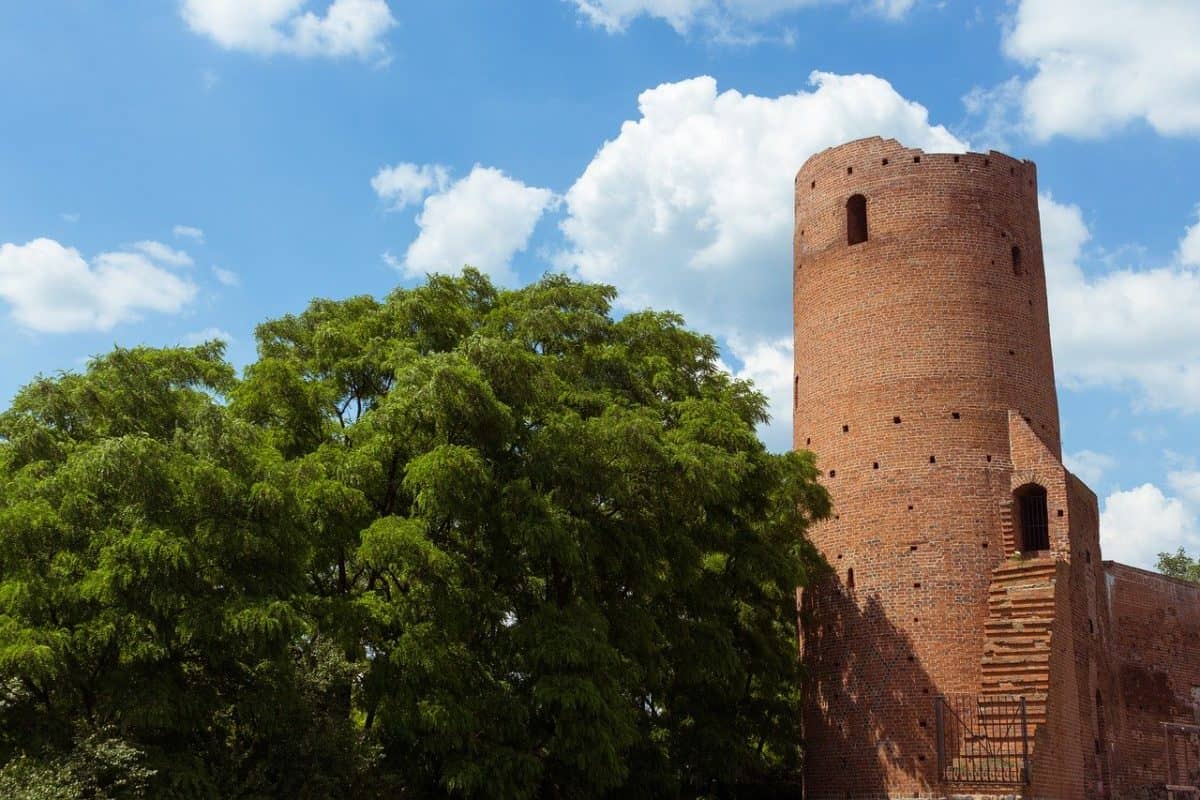 A walk over the swamps: Bagno Całowanie, 40 km from Warsaw

It is not often that you can “visit” swamps… And in addition, walk them dry foot! 40 km from Warsaw you can admire nature and wild swamps on wooden platforms. The place is called “Bagno Całowanie”, it’s a charming destination out of the city for a walk and a close encounter with nature.

“Bagno Całowanie” is one of the largest peat bogs in the Warsaw area, located in the Mazovia Landscape Park (Mazowiecki Park Krajobrazowy), about 40 km south-east of Warsaw, in the Vistula valley. The name comes from the nearby village – Całowanie.

There is a 500-meter educational trail (wooden walking platforms dedicated to tourists), including an 8-meter observation tower for birdwatchers. You can also walk on your own outside the marked path.

This place has been known for years to nature researchers as a refuge for endangered animal species and a habitat for valuable flora (it’s a special protection area). In addition to natural values, the area also has archaeological significance. On one of the dunes, numerous traces of the ice age reindeer hunters were found. These are the oldest traces of settlement in the Mazovia region, dating back to 13 thousand years ago. 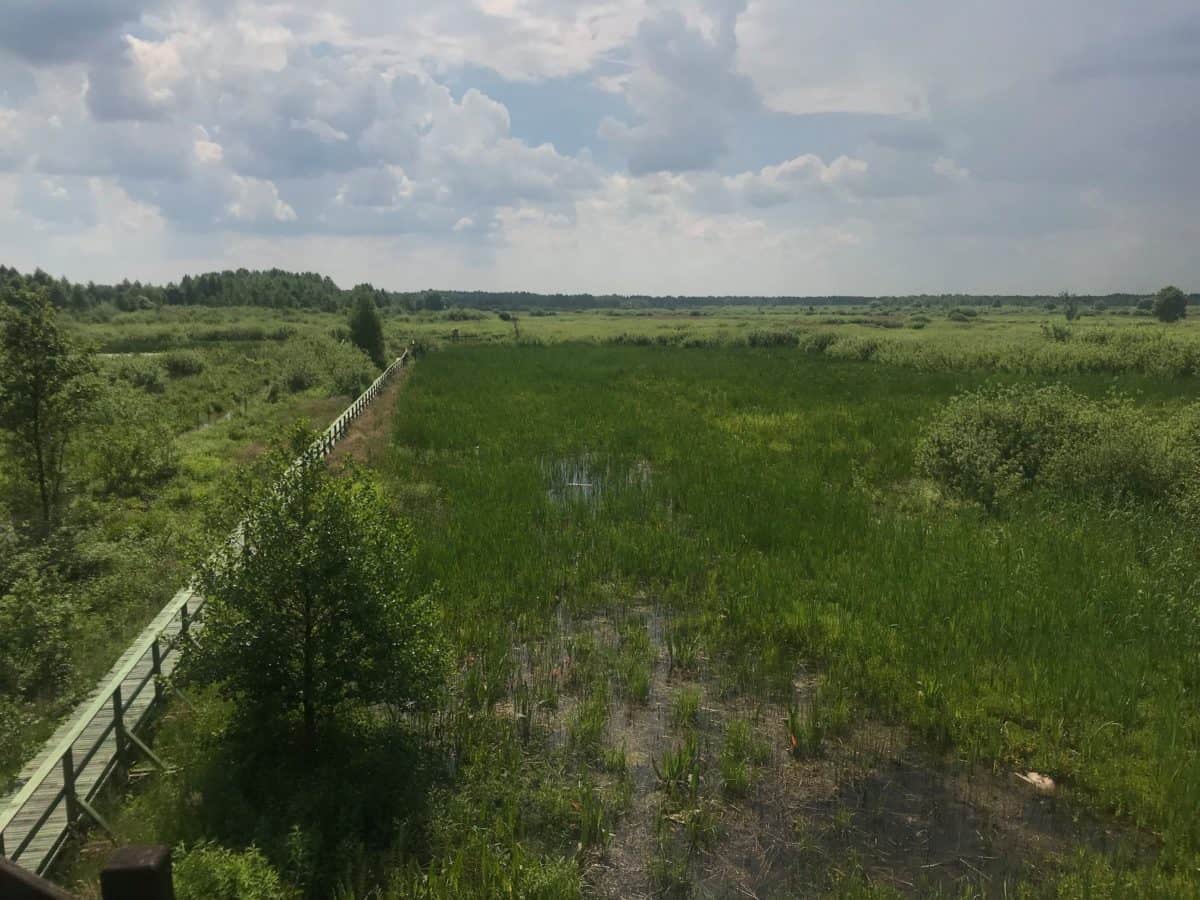 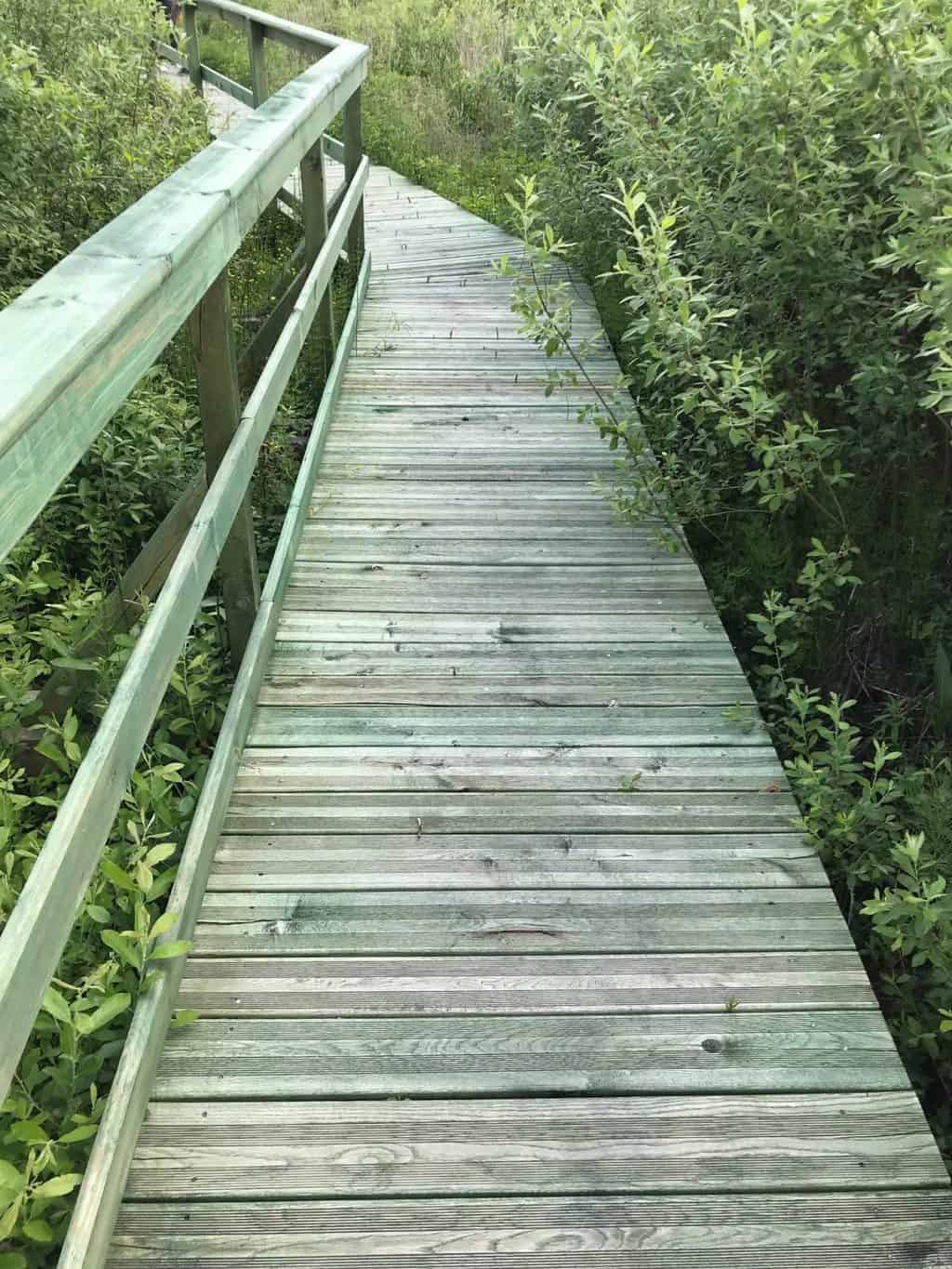 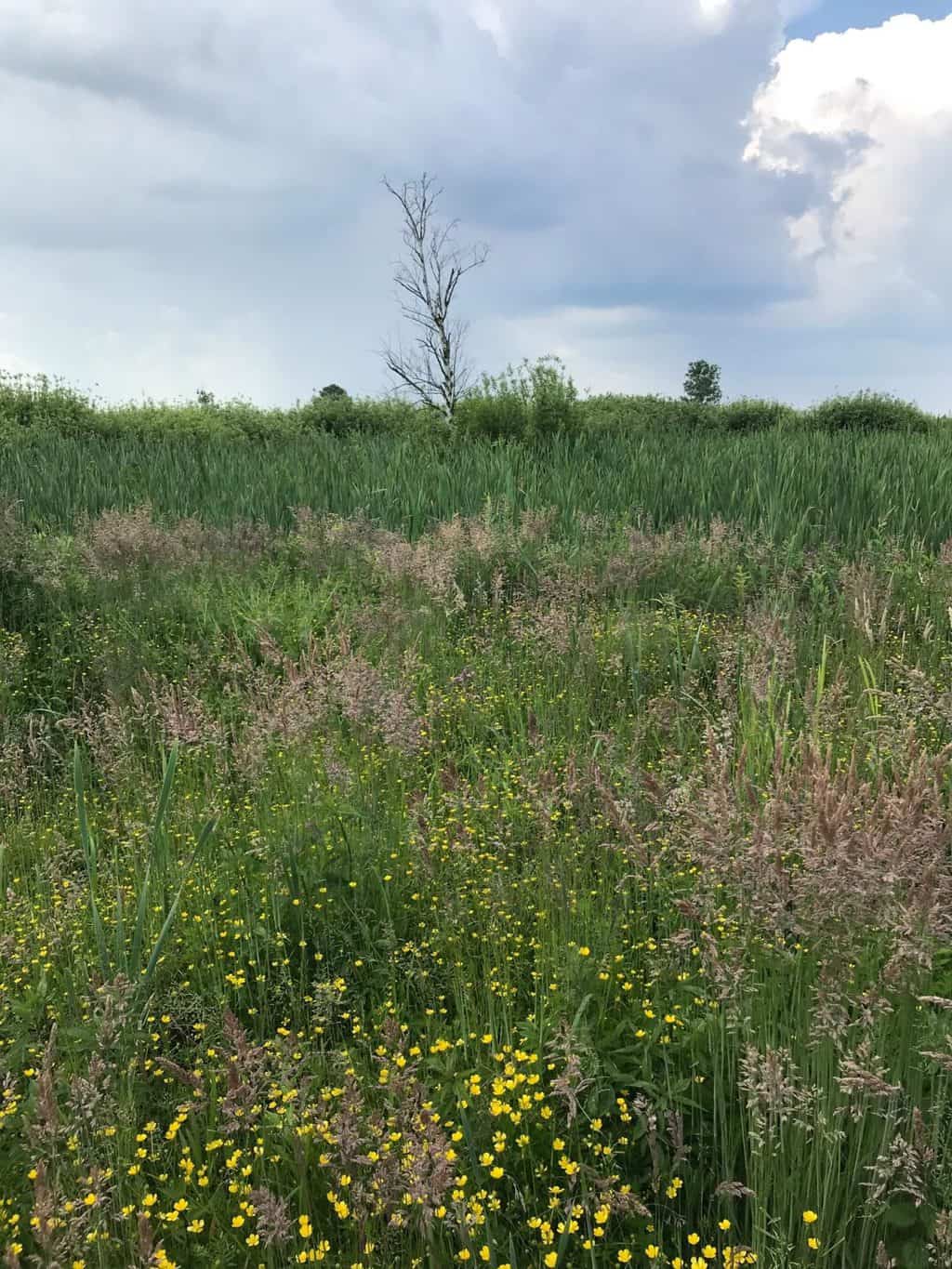 Looking for the best photo spots in Poland? You will find them in one of the biggest botanical gardens in Poland – the Arboretum Forest Educational Center in Rogów near Łódź (100 km from Warsaw) which has been reopened on May 15.

The Arboretum Forest Educational Center in Rogów – established in 1923 – is one of the biggest (over 50 hectares) botanical gardens in Poland, run by the Warsaw University of Life Sciences. The Arboretum in Rogów has also one of the most valuable plant collections in Europe. It’s “a forest park”, located in the thinned-out area of the forest. You can admire there the collections of trees and shrubs of Central and Eastern Europe, protected, endangered, and rare plants, as well as “experimental” parts of the forest with foreign species and the Alpine Garden – the aplinarium.

Spring in the Arboretum is ruled by the colors of blooming flowers. Green dominates here in summer. Autumn welcomes with the beauty of the fall colors. The most popular time to visit the Arboretum is the blooming of azaleas and rhododendrons (May and June) and maple leaves in fall foliage colors (October). It is worth visiting the Arboretum on a weekday or Saturday, on Sunday it is usually the most crowded. As usual, the best option is to visit early in the morning. 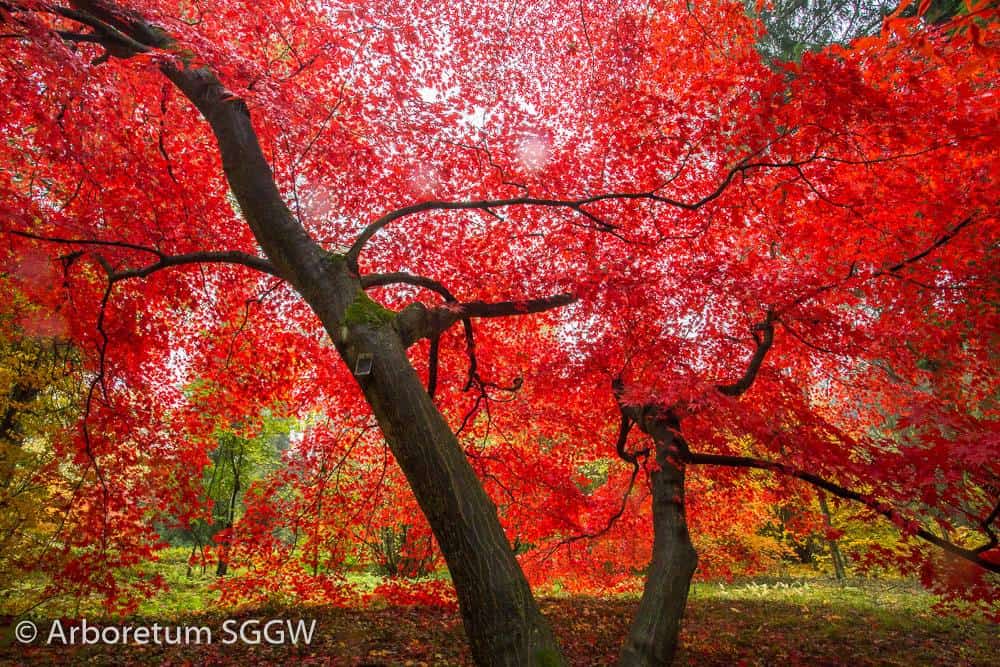 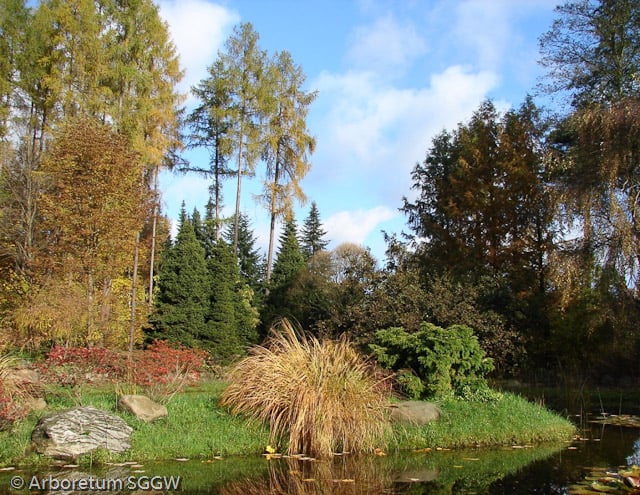 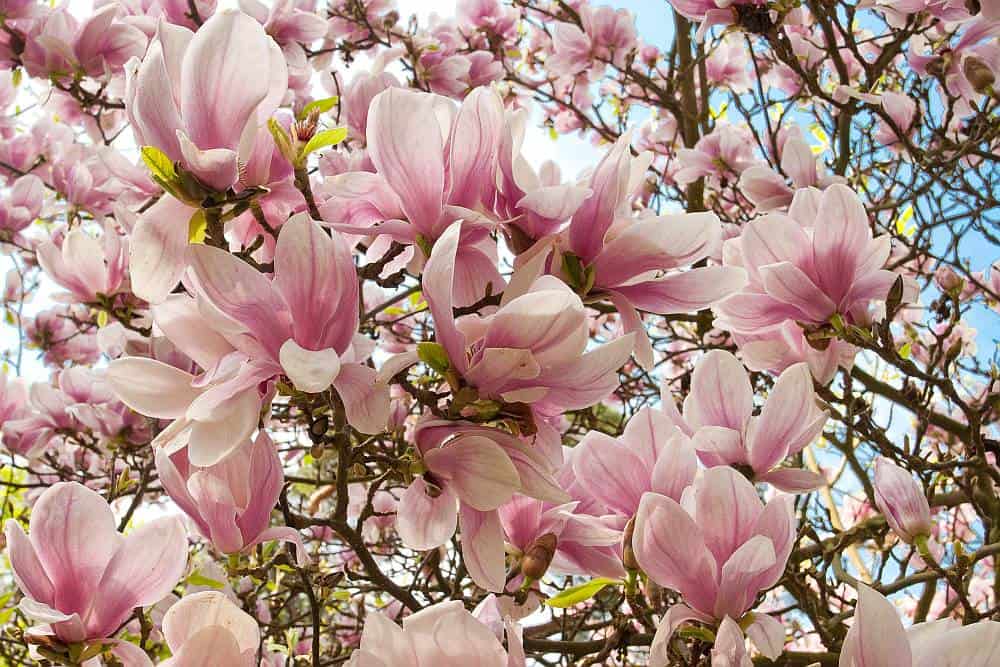 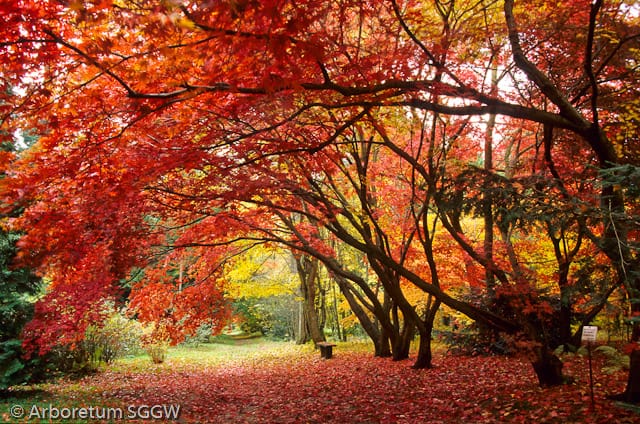 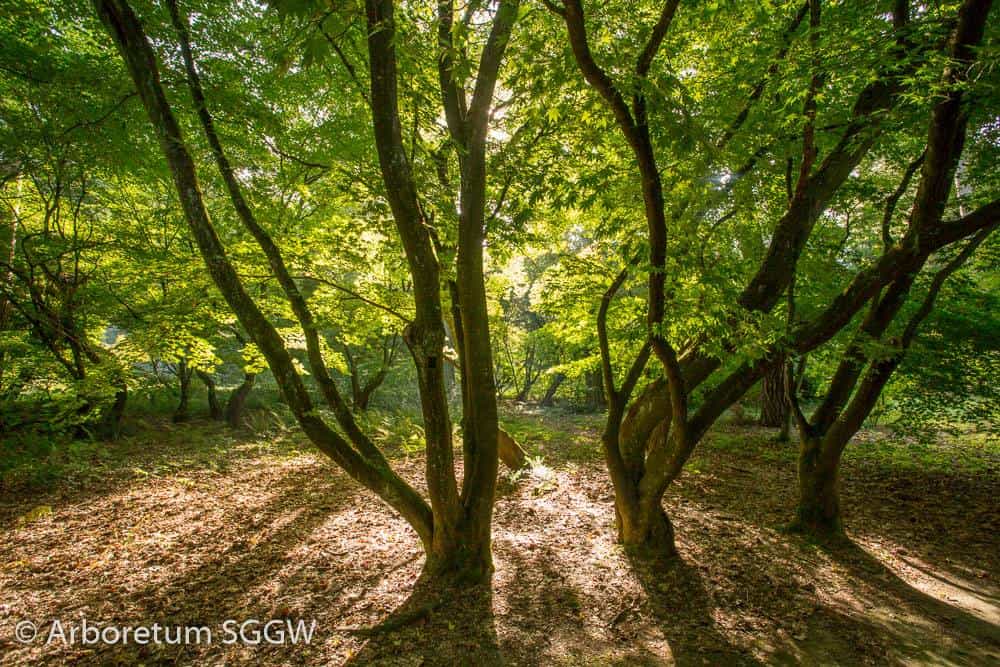 The trips are organized by the Narrow Gauge Railway Museum in the town of Sochaczew (about 60 km from Warsaw). Tours are usually organized from April to September / October. Location: Muzeum Kolei Wąskotorowej, Licealna 18 Street, 96-500 Sochaczew, the Museum’s location on Google map. Agenda: 9.50 am – guided tour in the outdoor train museum, 10.30 am – train travel to the Kampinos Forest, 11.45 am – a guided walk in the Kampinos Forest, 12.34 pm – a picnic and bonfire, 2.14 pm – 3.20 pm – trip back to Sochaczew. You can buy tickets online (regular ticket – 29 PLN, reduced ticket for children – 23 PLN, ticket without seat reservation for children up to 4 – 9 PLN). More in English about the retro train trips. 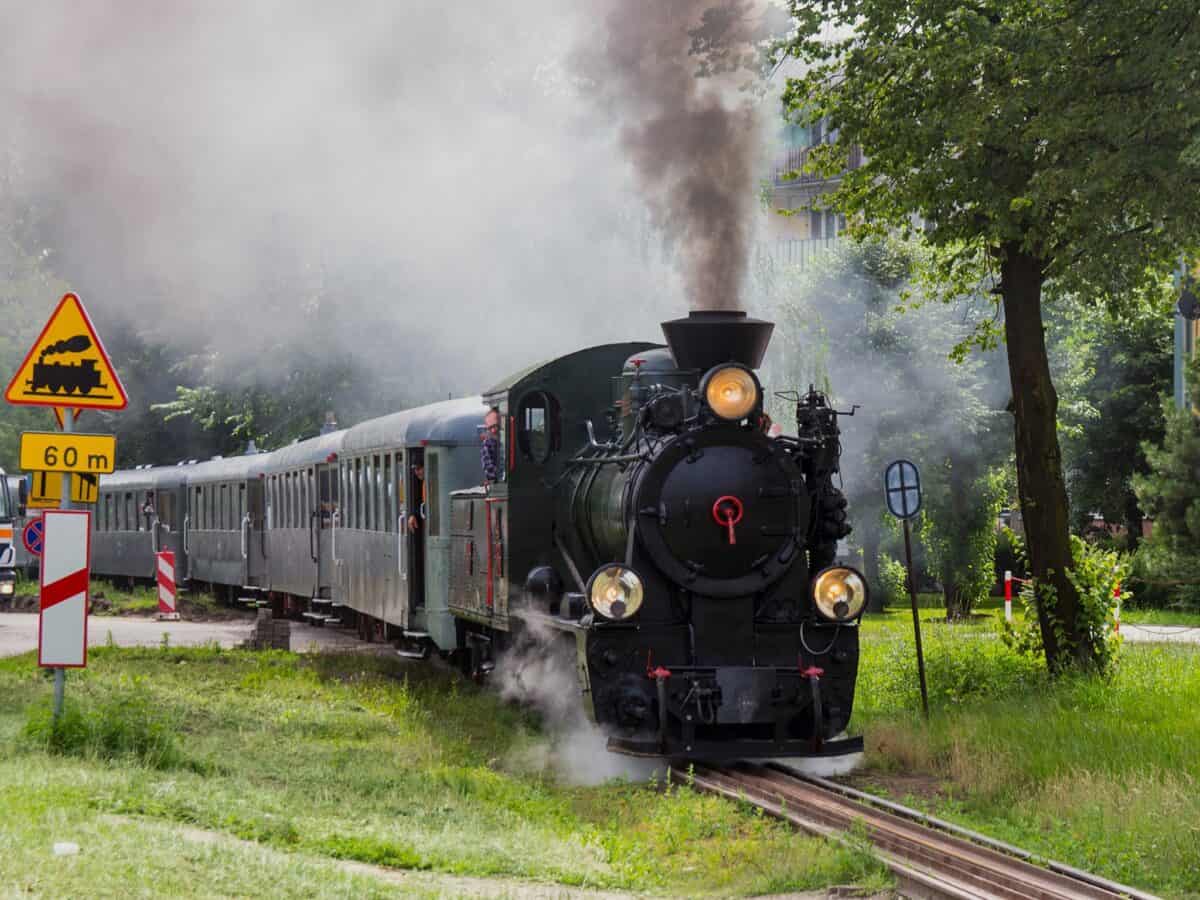 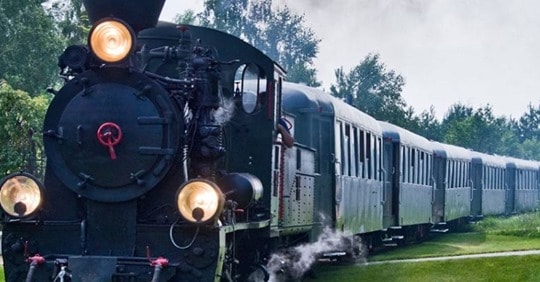 The Park and Museum in the birthplace of Frederic Chopin in Żelazowa Wola, 55 km from Warsaw

Whether you love classical music and Frederic Chopin compositions or not, the Żelazowa Wola village is the must on your “to visit list” in Poland (it’s just 55 km from Warsaw). And it is because of the most beautiful park that surrounds the birthplace and the Museum of Frederic Chopin. In Poland, there are for sure bigger parks, but the one in Żelazowa Wola seems just perfect. The park was developed in 1932-1939 and renovated for the 2010 Chopin Year Celebrations (200th birth anniversary). Is has new paths, benches, bridges (the Utrata river flows through the park), ponds, pergolas – everything very elegant and modern, but modern in a good way – that brings comfort and is visually unobtrusive. Also, this is not a regular park – everywhere you can hear Chopin’s music, played quietly from BOSE speakers hidden all over the park in bushes, grass or ivy. 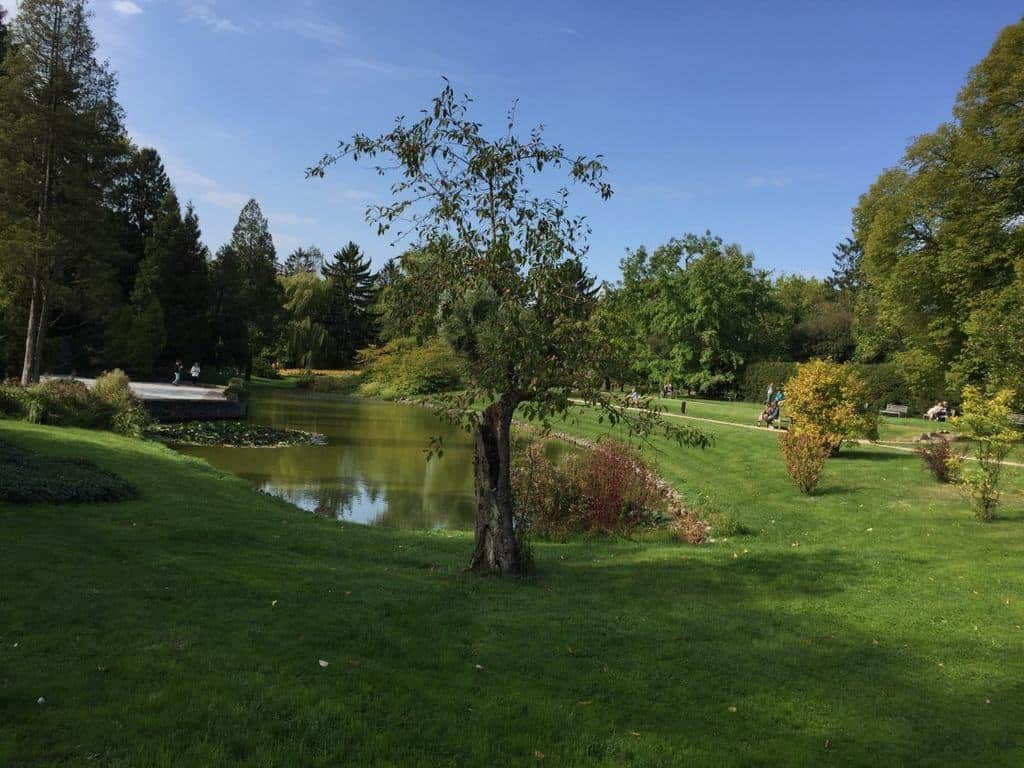 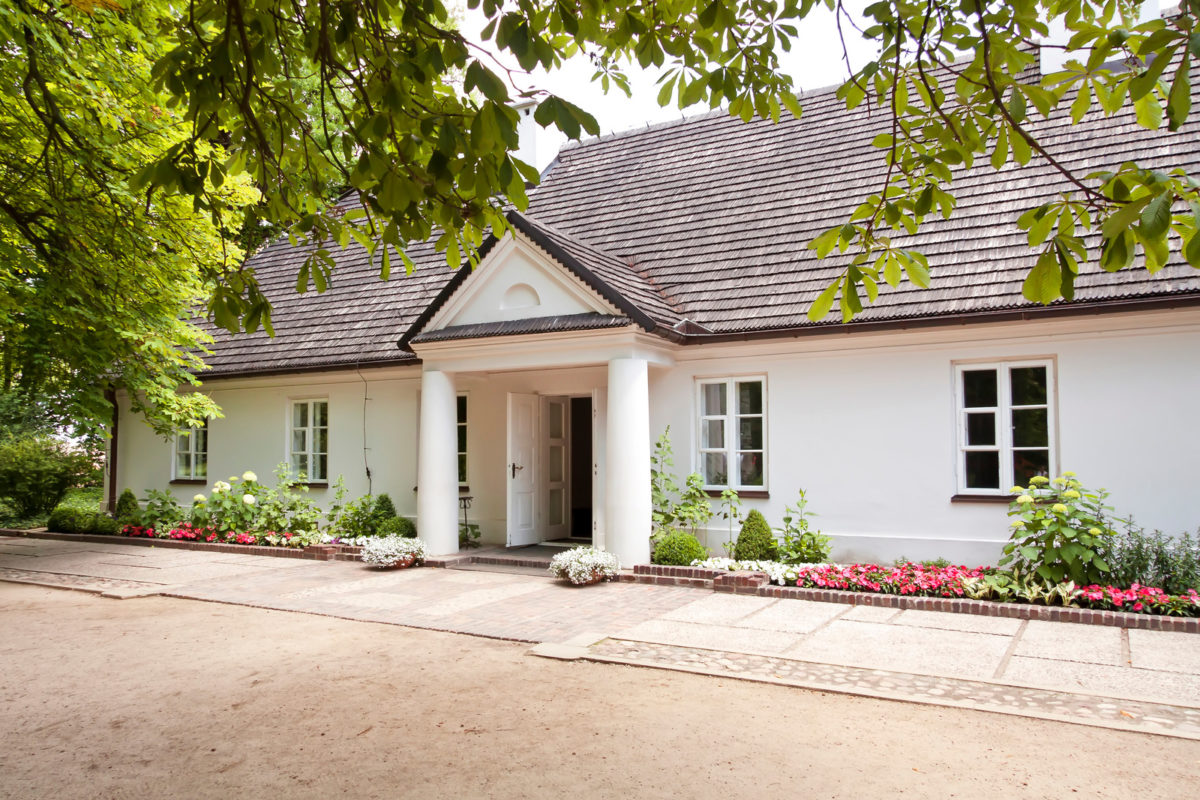 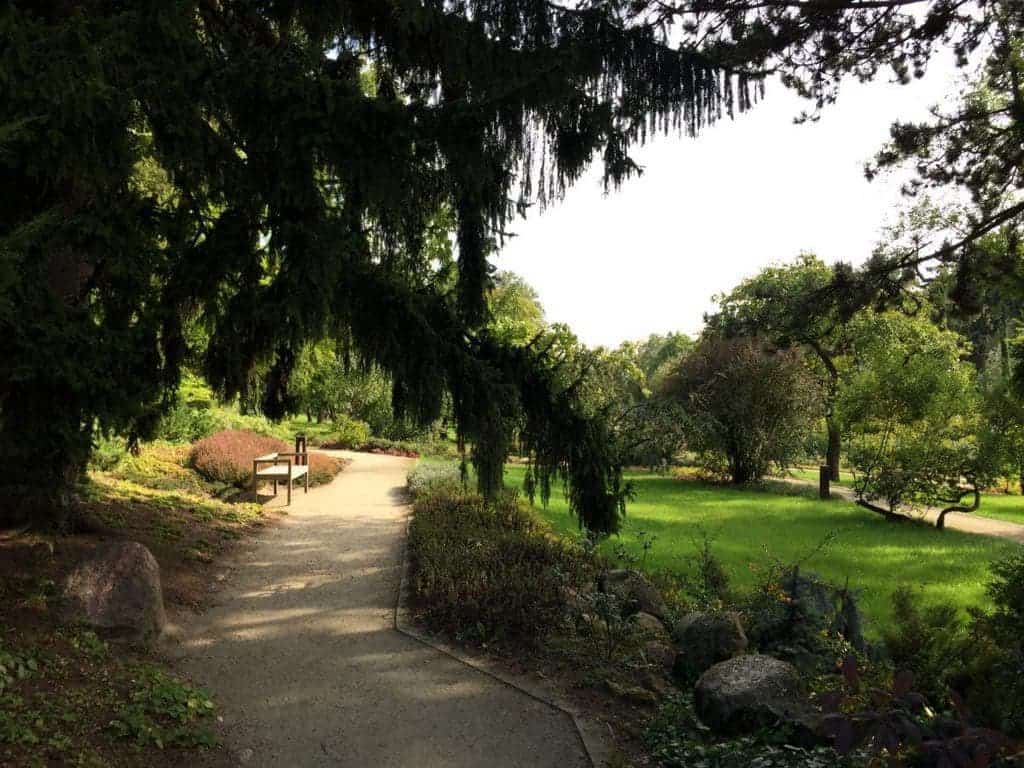 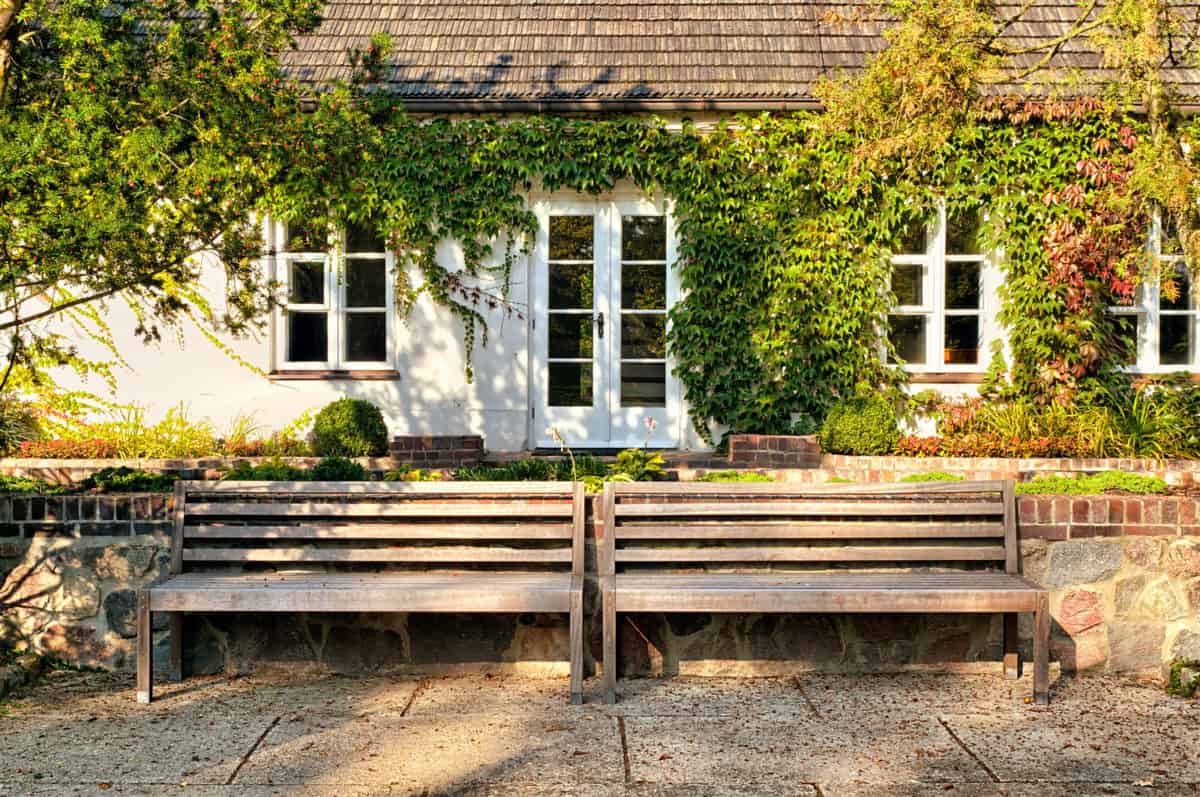 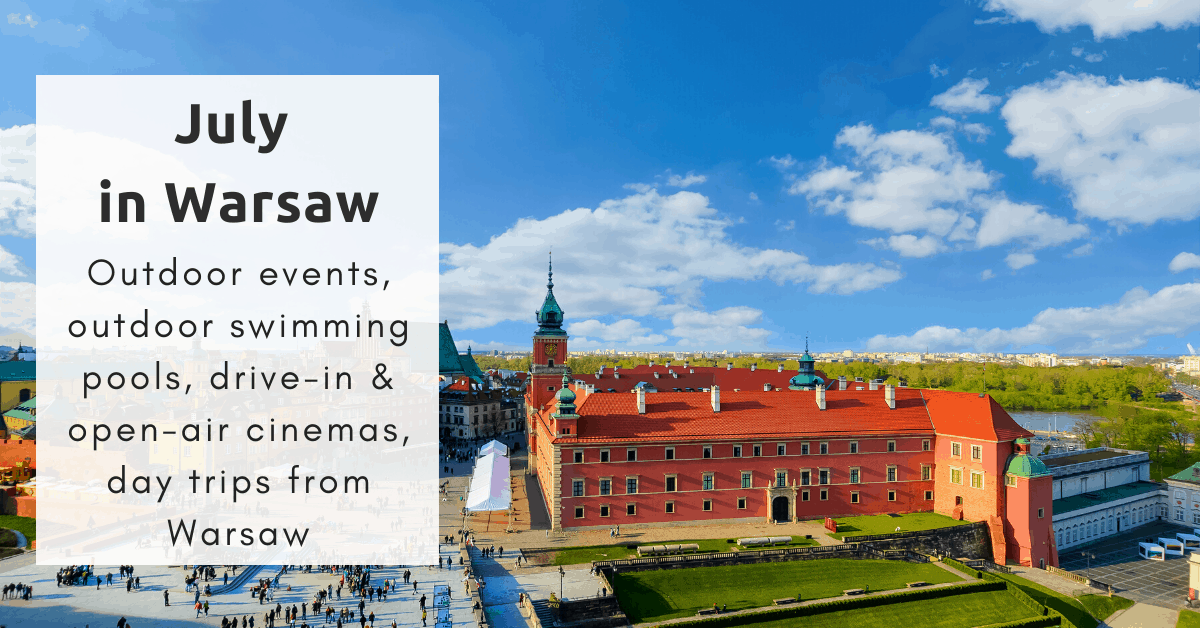 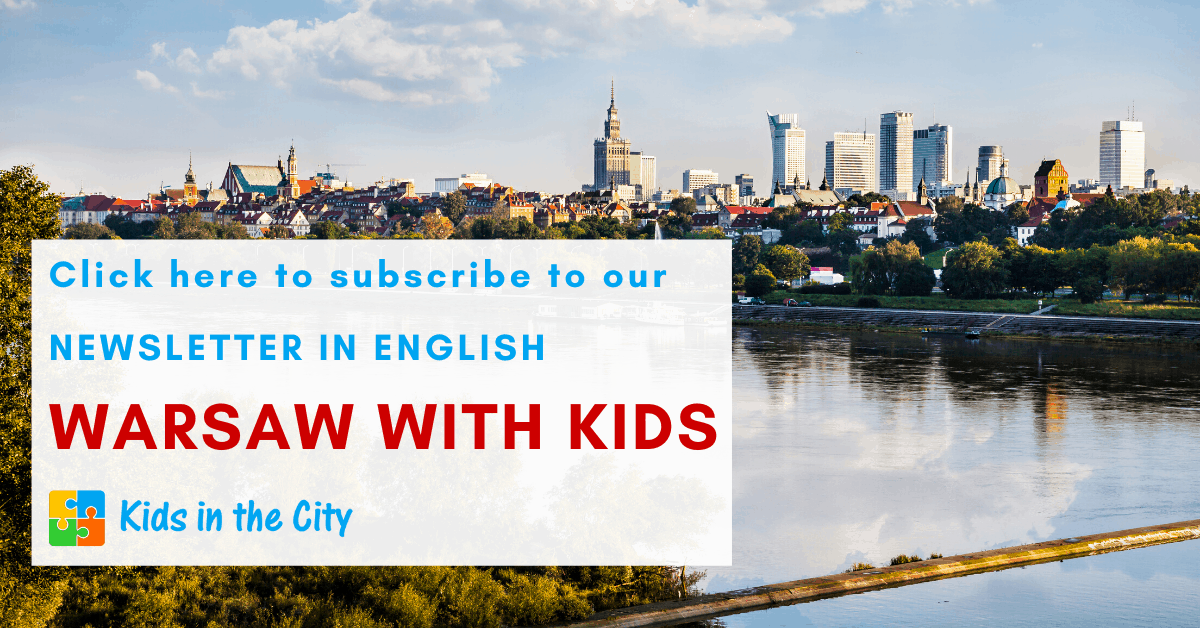 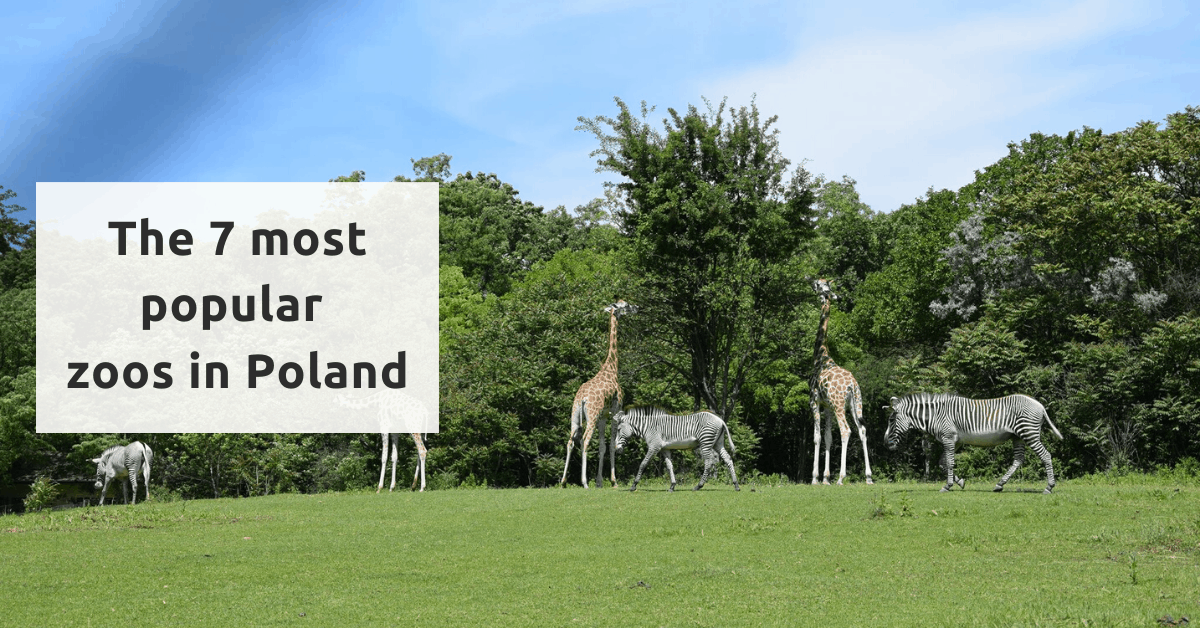 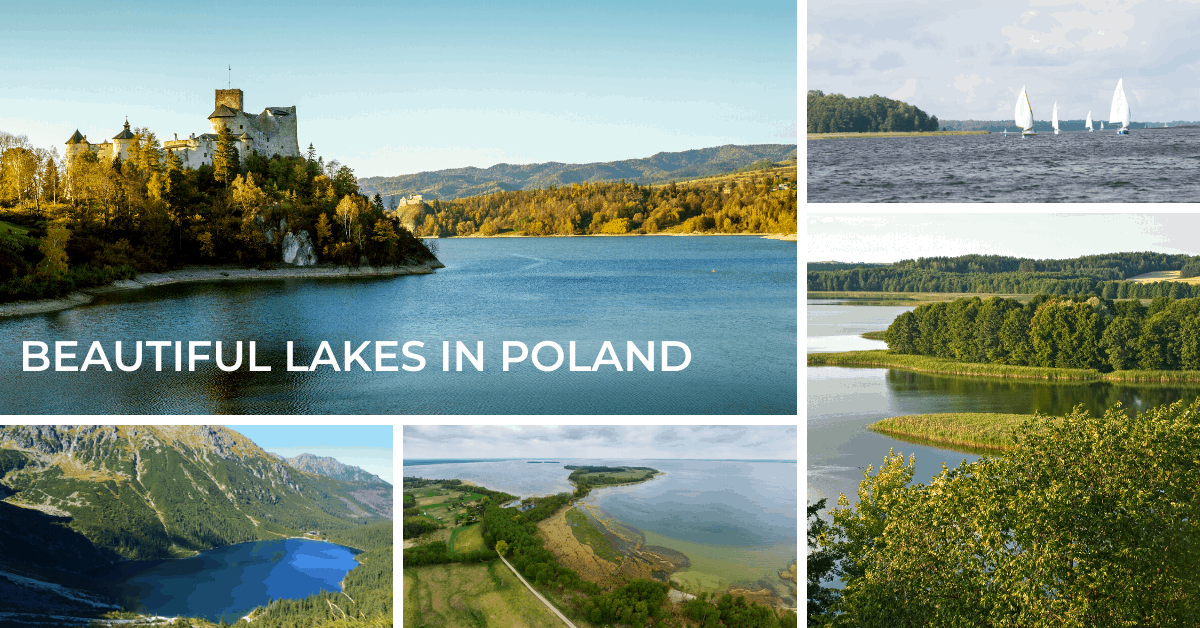